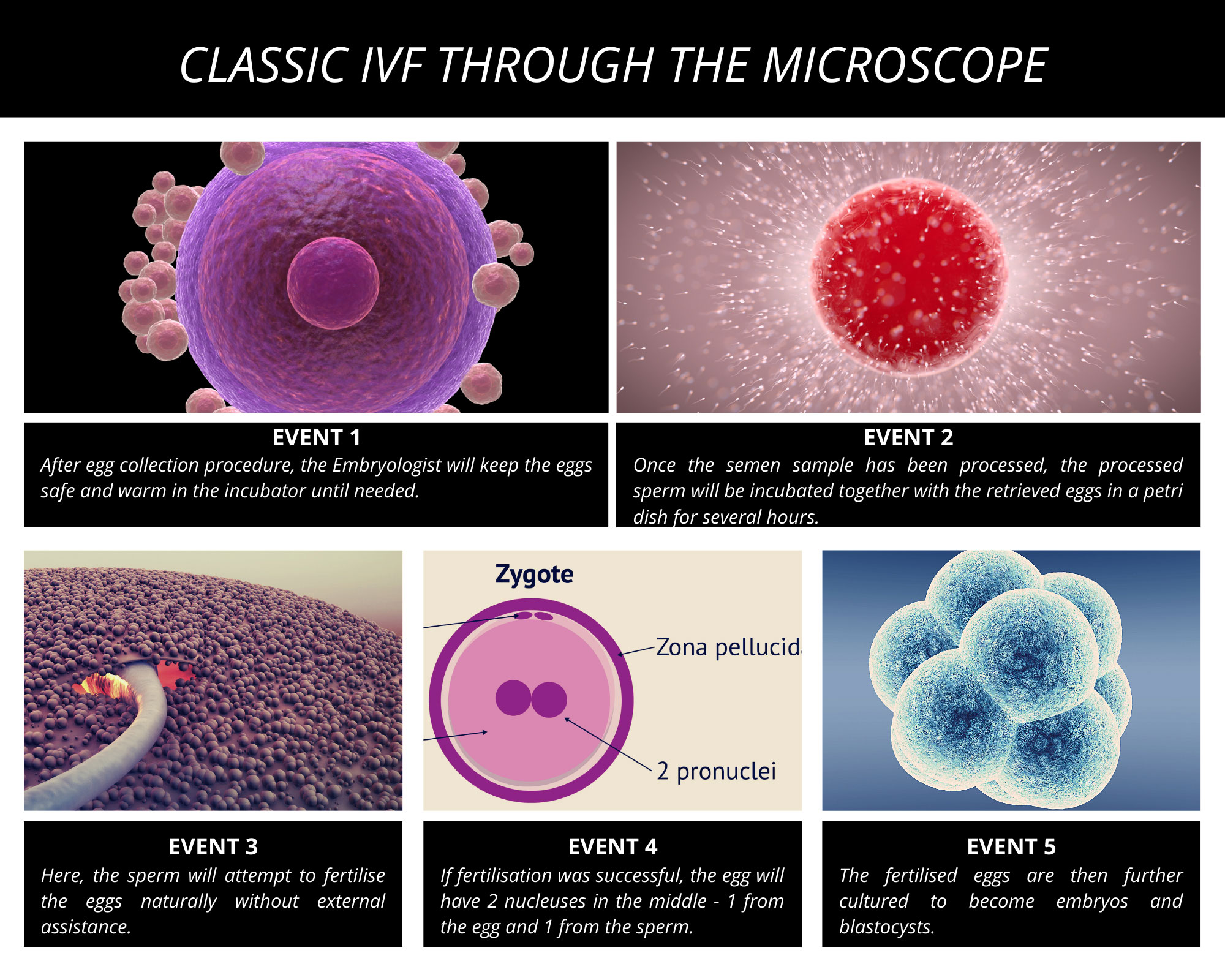 There is often a lot of confusion about which is better, IVF or ICSI. Patients regularly request that ICSI be performed on their eggs and sperm in the mistaken belief that ICSI is the superior technique and that the outcome will be better. The reality is that ICSI is only a laboratory technique necessary to create embryos when the natural process of fertilization will not give embryos.

When we remove eggs from a woman’s body to create embryos in the laboratory, there are two available techniques. One is IVF in which the sperm is introduced to the egg without any further manipulation of either. A large number of rapidly moving and normal sperm are necessary. All of these will bind to the thick wall of the egg (called zona pellucida) and eventually one of these will penetrate the egg and fertilise it.  The infographics below shows the process of a classic IVF procedure through the microscope.

But what happens when the sperm is not enough (low count), not motile (i.e. mostly dead), move very slowly (slow progressive motility) or mostly abnormal? In this situation, the sperm is unable to bind to the egg and penetrate it, and thus no fertilization occurs. Without fertilization, there is no embryo to transfer & consequently no chance of getting pregnant.

We utilize ICSI when we need to overcome these sorts of sperm problems. As each egg needs only one normal live sperm to fertilise it, we are able to choose the best few sperm from the male partner’s sample and use these to fertilise all the eggs.

The ICSI technique was developed in 1991 and has since helped millions of men father their own child. Prior to ICSI, if there was a sperm problem or if it failed to fertilise eggs in an IVF cycle, the couple would have had no choice but to consider adoption or use donor sperm.

ICSI therefore is only a technique for generating embryos. The resulting embryos are the same as in IVF and there is therefore no difference in pregnancy rates. The belief that ICSI gives higher chances of pregnancy for couples with normal sperm is incorrect.

When we plan your treatment, we will guide you in making the right choice.