4 Facts to Know About Sperm Freezing 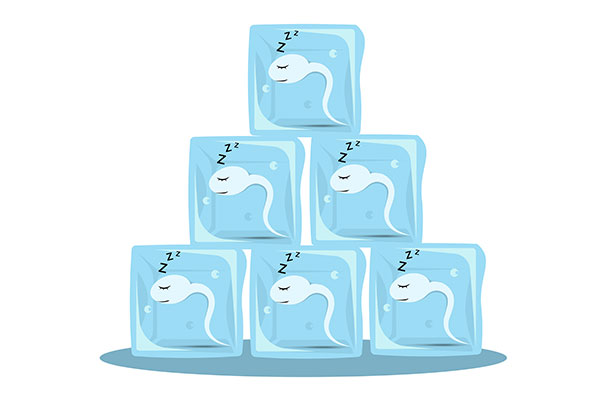 Sperm Freezing in humans was introduced in the 1960s,
and since then it has proven to be an efficient way in managing male fertility.

But how much do you know about SPERM FREEZING

Many studies have shown that men has a ticking biological clock, just like women. Most men do not realise that having children at an older age can have negative impacts on their wives’ pregnancy and their children. So, freezing your army earlier may be advantageous later in life.

Many types of chemotherapy and radiotherapy in the pelvic area or involving the testicles can cause severe sperm damage. Sperm DNA damage can lower the chances of pregnancy in women.

Therefore, some doctors do recommend to freeze the men’s sperm before undergoing therapy treatments.

When sperm freezing and storage are done properly using proven protocols and by skillful Embryologists, the frozen specimen will remain viable for a long time. In fact, pregnancies have been reported where the sperm used was frozen for 20 years prior to using it in fertility treatment.

Which is Better – Fresh or Frozen?

Before you rush off to a fertility clinic to freeze your army of sperm, let’s take a moment to truly understand the meaning of SPERM or SEMEN FREEZING. Sperm freezing is one of the scientific breakthroughs of the 20th century in reproductive medicine and continues to assist many couples around the world to conceive through assisted reproductive technology treatments, such as IVF (in-vitro fertilization).

Sperm freezing (or sperm cryopreservation) is a procedure that takes place to stabilize living cells (in this case – human sperm) in subzero temperatures (-196°C) and this has formed an integral part of assisted reproductive technologies (ART). Cryopreservation involves internal cellular water dehydration and rehydration with safe soluble chemicals, known as cryoprotectant. Cryoprotectant prevents formation of ice crystals inside the sperm during thawing. Ice crystals are dangerous because it can further damage sperm functionality.

Our IVF laboratory employs the most recent advances in sperm cryopreservation, a technique known as rapid freezing, which involves direct contact with liquid nitrogen vapour for 10minutes before immersion in liquid nitrogen at -196°C. Rapid freezing markedly reduces structural damage of the human sperm which is a vital element in making pregnancies possible for couples who are trying to conceive using assisted reproductive technologies.

Benefits of sperm freezing are :-

At KL Fertility Centre, all men that intend to have sperm freezing must undergo a semen analysis to determine suitability of sperm freezing. This is because post-thaw of the frozen specimen does result in a decline in number of motile and/or live sperm. It is also advised that you indicate if the frozen specimen is meant for short term or long term storage. This helps our team to properly manage the storage period and validity. In addition, part of our Total Quality and Safety Assurance measure, men are required to undergo some blood tests prior to sperm freezing.

The blood tests required are :-

If you are interested in knowing more or have decided to get in touch with us, please call us at

Or send us your enquiry