Home / Infertility Tests – Why am I not getting pregnant? / Sperm Test 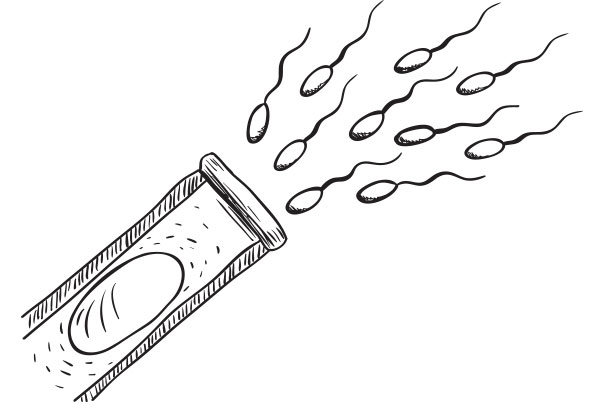 Sperm testing gives us a good indication of how fertile a man is. Good sperm parameters are associated with a higher chance that a man will get his wife pregnant if there is no other problem.

When we talk about sperm testing there are many available tests but the most frequently used one is the semen analysis. This involves testing a sperm sample from the male partner for four different parameters.

This indicates how many sperm there are in one milliliter of the semen. The more there are, the more fertile you are.

This is a measure of how many of the sperm are moving. Obviously, only sperms that are alive and moving will be able to find and fertilise an egg.

This test looks at what proportion of the sperms are normal looking. Abnormal sperm are either not able to fertilise eggs or are associated with an increased risk of miscarriage of the pregnancy. It is not associated with abnormal babies.

What do the results of the sperm test (analysis) mean?

Recently, the World Health Organization (WHO, 2010) published a new set of reference values to assess how an individual’s sperm test result compares to a population of fertile men. Even though a sperm test result is within the reference range, it does not guarantee that the man is fertile, but it does give a guide as to whether the man is likely to father a child. There may be other reasons why a man has difficulty in fathering a child which are not shown in a sperm test, unless a more advanced sperm test is undertaken – such as Hyaluronan Binding Assay.

At KL Fertility Centre, we have various sperm test that you can take advantage of. Some of the tests include the cost of a sperm test, advanced sperm assessment (Hyaluronan Binding Assay, HBA) and/or a consultation with the fertility specialist.